In addition to recording and touring the world with John Mayall since 2018, Carolyn has recently signed to Alligator Records and has been on the top of the Blues, Americana, and Alt Country charts, gathering critical acclaim for her Dave Alvin produced “Tempting Fate” album, released October 2021! Carolyn has 2 nominations in The Blues Foundation’s 43rd Blues Music Awards, Contemporary Blues Female Artist, and Song of the Year - “Fragile Peace and Certain War”!!!

Press from Alligator on the video for “Fragile Peace and Certain War” by Curtis Pollock: https://www.alligator.com/news/896/CAROLYN-WONDERLAND-PREMIERES-NEW-VIDEO-OF-FRAGILE-PEACE-AND-CERTAIN-WAR/

The full story about the Dave Alvin produced “Tempting Fate” coming out on Alligator Records: https://www.alligator.com/news/885/CAROLYN-WONDERLAND-TO-RELEASE-TEMPTING-FATE-ON-OCTOBER-8/

Excited to share the news that Carolyn has been nominated for 2 awards in The Blues Foundation’s 43rd Blues Music Awards!

“It’s quite the honor to be mentioned in the same sentence as my fellow nominees! Holy cow! Checking out all the nominees is a great opportunity to support artists you love, get turned on to new music, and to practice that essential act of voting! Thank you to everyone at the Blues Foundation, Alligator Records, Dave Alvin, and Intrepid Artists!” says Carolyn.

The 43rd BMAs will be held in Memphis, TN at the Renasant Convention Center Thursday, May 5, 2022

Check out the nominees and support the foundation at www.blues.org

Carolyn, Marcia Ball, and Shelley King will be performing at The Nobelity Project’s “Feed the Peace” Awards March 6!

Carolyn is thrilled to announce that she’ll be joining Marcia Ball and Shelley King to play at The Nobelity Project’s “Feed the Peace” Awards at Austin’s Paramount Theatre March 6! The Nobelity Project does so much good in the world, from building schools and water systems in Kenya, to reforesting efforts here in central Texas. Carolyn has loved playing this event in the past with Kris Kristofferson, Lukas Nelson, Ray Benson, Terri Hendrix, Lloyd Maines, Ben Harper, and others. This year will surely be full of surprises, too! Scheduled to appear will be the reunited Lost Gonzo Band, Marcia, Shelley, and Carolyn, Folk Uke, and Bob Schneider!  It will be great to see you there!

For more information on the Nobelity Project and the “Feed the Peace” awards, visit www.Nobelity.org

Carolyn joins the Greyhounds and special guests at the Austin Music Awards March 8! (Where she has two nominations, and HomeAustin.org has one, too!)

The Austin Music Awards, presented by The Society for the Preservation of Texas Music, The Austin Chronicle, and Cap Metro, will be held at Emo’s March 8! Carolyn will be joining the Greyhounds and special guests to play some music, along with performances from Money Chicha, Gina Chavez, Kiki Villamizar, Deezie Brown, Sir Woman, Little Mazarn, We Don’t Ride Llamas, and tributes to both Nanci Griffith and James Hand.  Carolyn and the band are up for 2 awards

Carolyn also volunteers on the board of HomeAustin.org, and they have been nominated as * Best Music Non-Profit

doors at 7, show at 7:55, benefitting the SIMS Foundation

Folks, we have a video! Carolyn had a crazy idea to make this video, and Curtis Pollock (“the Roommate”) stepped up to the plate and really brought the whole thing together! Featuring Carolyn, Kevin Lance, Naj Conklin, Shelley King as the judge, A Whitney Brown as the farmer, JC Shakespeare as the cop, and Dave Alvin as the guitar wielding lawyer, it was Curtis who turned the band’s good times into a fun adventure in video. It debuted on Ditty.tv and the band and crew hope you have half as much fun watching it as they had making it! https://youtu.be/GTh-rlPIpSY

Carolyn Wonderland’s “Tempting Fate” on Alligator Records is on the charts!

“Tempting Fate” has really taken off and in addition to such cool things as The Grateful Dead Hour featuring “Loser” (No. 1727 Oct 29, 2021) a bunch of the songs have found their way on to the charts

Here’s just a recent sampling of where “Tempting Fate” has landed a few months after it’s release:

John Mayall’s ”The Sun is Shining Down”!

John Mayall’s “The Sun is Shining Down” on 40 Below Records is #4 on the Blues Charts this week, too! This is the second album Carolyn has had the honor of playing on along with Jay Davenport and Greg Rzab in The Godfather of British Blues, John Mayall’s band. Eric Corne produced this release, recording the band at Robby Krieger’s Horse Latitudes Studio in Glendale. John recently announced he is retiring from the road. The band was sounding great in December and January!  Carolyn will join him for the last weekends of February and March in Southern California for what are being billed as the final shows. More information and ticket links at www.JohnMayall.com

Plus, get personal with Carolyn & her husband, the amazing A Whitney Brown in this Austin Chronicle Cover Story

Carolyn has been doing several fun interviews, and we’d love to share this love story about Carolyn and her husband, A Whitney Brown that made the cover of the Austin Chronicle for Valentine’s Day. “We had such a great time having Kevin Curtin and dear friend Todd V Wolfson over that day. We were sweetly surprised to find our smiling faces staring back at us from the newspaper rack on our way to play Dallas the next week!” -Carolyn https://www.austinchronicle.com/music/2022-02-11/diggin-way-down-into-life-with-carolyn-wonderland-and-a-whitney-brown/

New Music on the Horizon, Alligator Records signing, and other changes…

We are excited to report that Carolyn has been signed to Alligator Records! Carolyn has been a fan of the label all of her musical life; she loves, lives, and breathes artists from Hound Dog Taylor to Marcia Ball, and is looking forward to touring behind a new album this fall! More news coming soon! Read the press release from Alligator HERE

Carolyn has appreciated her time touring and recording with the legendary Godfather of British Blues, John Mayall, since 2018. With Carolyn’s new album on Alligator forthcoming, (and the heavy touring that will follow) John has decided to shine his light on another guitarist for the tour, adding the immense talents of Chicago’s Melvin Taylor to the guitar position for a while.

“It has been an honor to play with John Mayall these past few years. A life changing experience pushing myself to do my best to get inside all those songs, hear that beautiful voice and signature licks every night. Any day you get to hear John Mayall sing and play is a damn good day! I learned how to be a better musician and bandleader, and played more guitar than I ever had in my guitar obsessed life since joining the band in early 2018. John is so joyful and generous to play with! Thank you for everything to John Mayall, the #bestbossever“

More tour dates are being added weekly! Check out the TOUR tab and come “revel in the vibratory waves of external unity” (to quote Uncle John Turner) when you can.

We are jumping with joy ...to report that live music is making a comeback! It was life affirming and beautiful to play for our long time family at our debut return show at Houston's legendary Last Concert Cafe. Thank you so much for that! We are taking our fully vaccinated crew and are ready to hop in the van with our pockets full of songs to share. Music. Absolutely alive! The touring band this Spring/ Summer will be Carolyn, Shelley King, Kevin Lance, Naj Conklin, and our amazing tour manager, Shelley Cox. (Of course, Fat Stanley will be riding the amplifier.) We are following CDC and all local recommendations; check with the venues for social distancing, testing, and mask requirements. Please be extra kind to yourself and to all the venue staff as we are all navigating our way back as best as we can!

More Carolyn Wonderland dates are in the works! Also, be sure to check www.JohnMayall.com for summer tour dates - starting at the end of July!

and... yes, Virginia, there will be a new album out this fall! Produced by Dave Alvin and engineered by Stuart Sullivan, that's all we can tell you at the moment. Well, that and THANK YOU for your support over the years! Hope to see you on the road...

(jumping for joy photo by: DHillsPhotography)

“A musical force equipped with the soulful vocals of Janis and the guitar slinging skills of Stevie Ray, Carolyn Wonderland reaches into the depths of the Texas blues tradition with the wit of a poet. She hits the stage with unmatched presence, a true legend in her time.” -Margaret Moser

We are missing the road! Music is the salve for our times. Here's some livestream shows that I hope you'll consider:

You can find Carolyn playing guitar in John Mayall’s band on tour since 2018, and on his 2019 Forty Below Records release, “Nobody Told Me.” Look for a new John Mayall release in the nearest future! John, Greg Rzab, Jay Davenport, and Carolyn just wrapped up with Eric Corne in Robby Krieger’s studio in LA this past December.

Speaking of new recordings… Carolyn, Kevin Lance, and Bobby Perkins just finished tracking the next Carolyn Wonderland release in their hometown of Austin, TX at Stuart Sullivan’s Wire Recording with Dave Alvin producing! “Holy whatnot, he just said yes!” is rumored to be Carolyn’s first utterance after Dave texted he would, indeed come down and create and capture some joyously musical lightning in a bottle. We were super lucky to have Dave, Jimmie Dale Gilmore, Red Young, Cindy Cashdollar, Marcia Ball, Shelley King, and Jan Flemming all lend their extreme talents in the studio and we cannot wait to share it with y’all!  Look for that next spring. Fingers crossed, it will be accompanied by lots of tour dates! 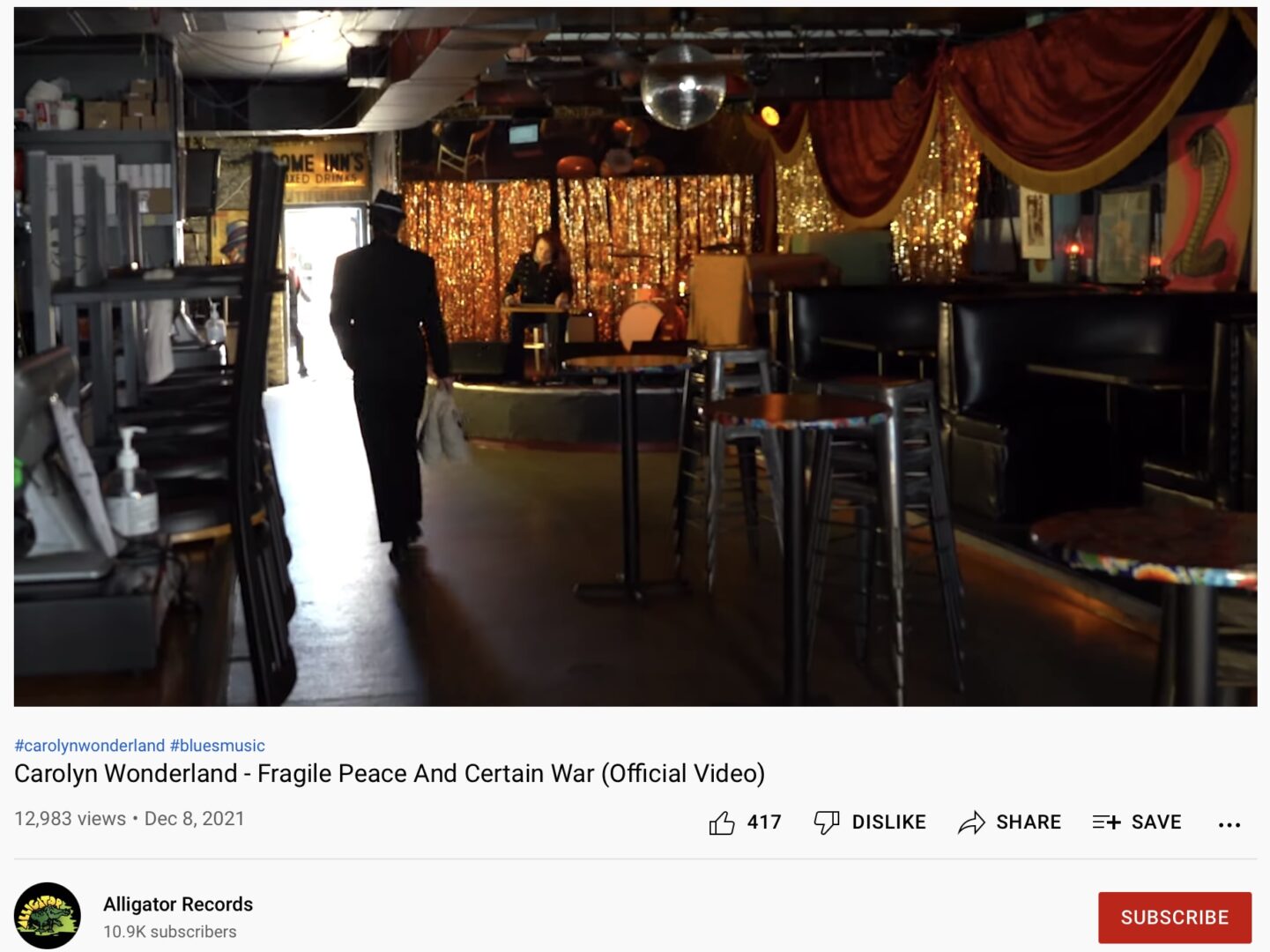 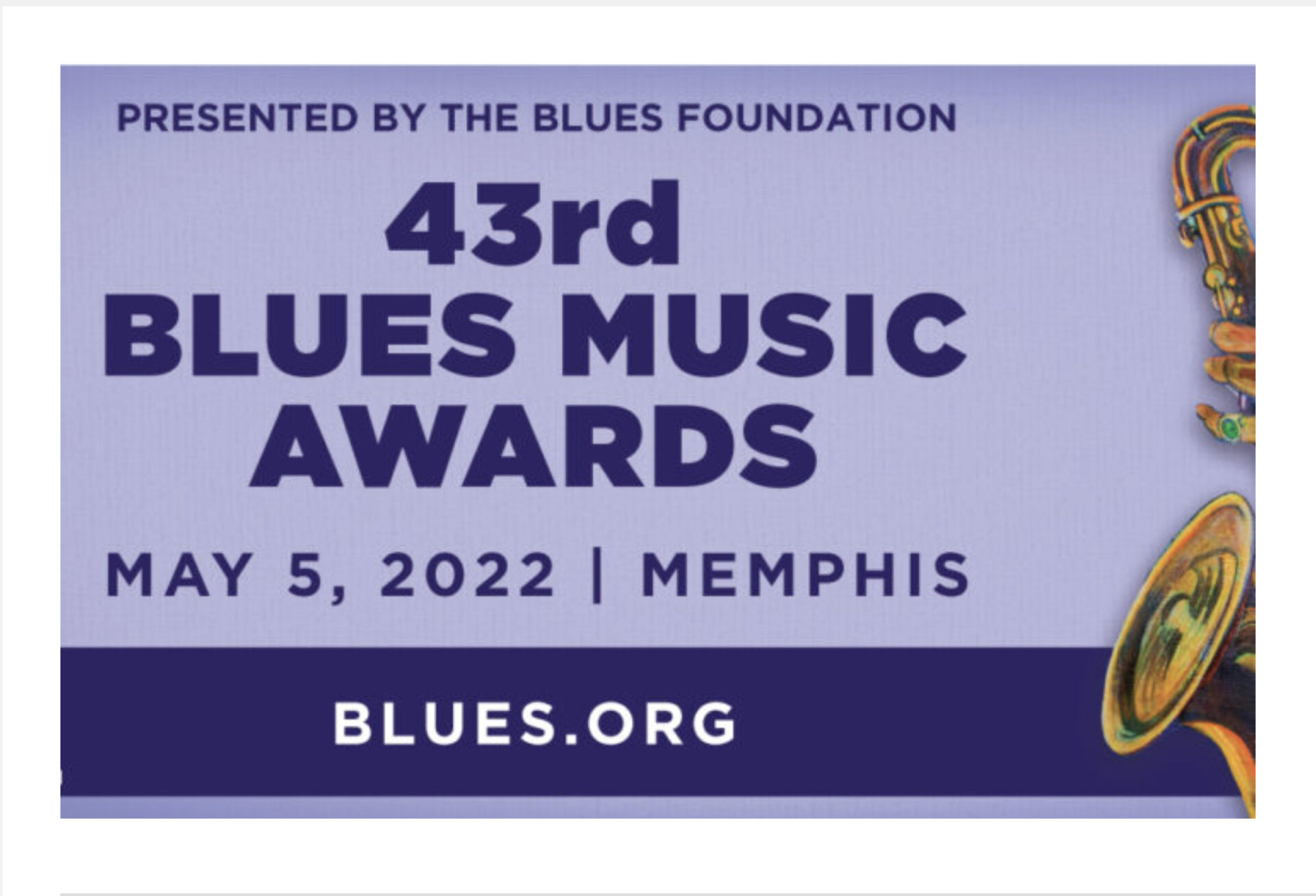 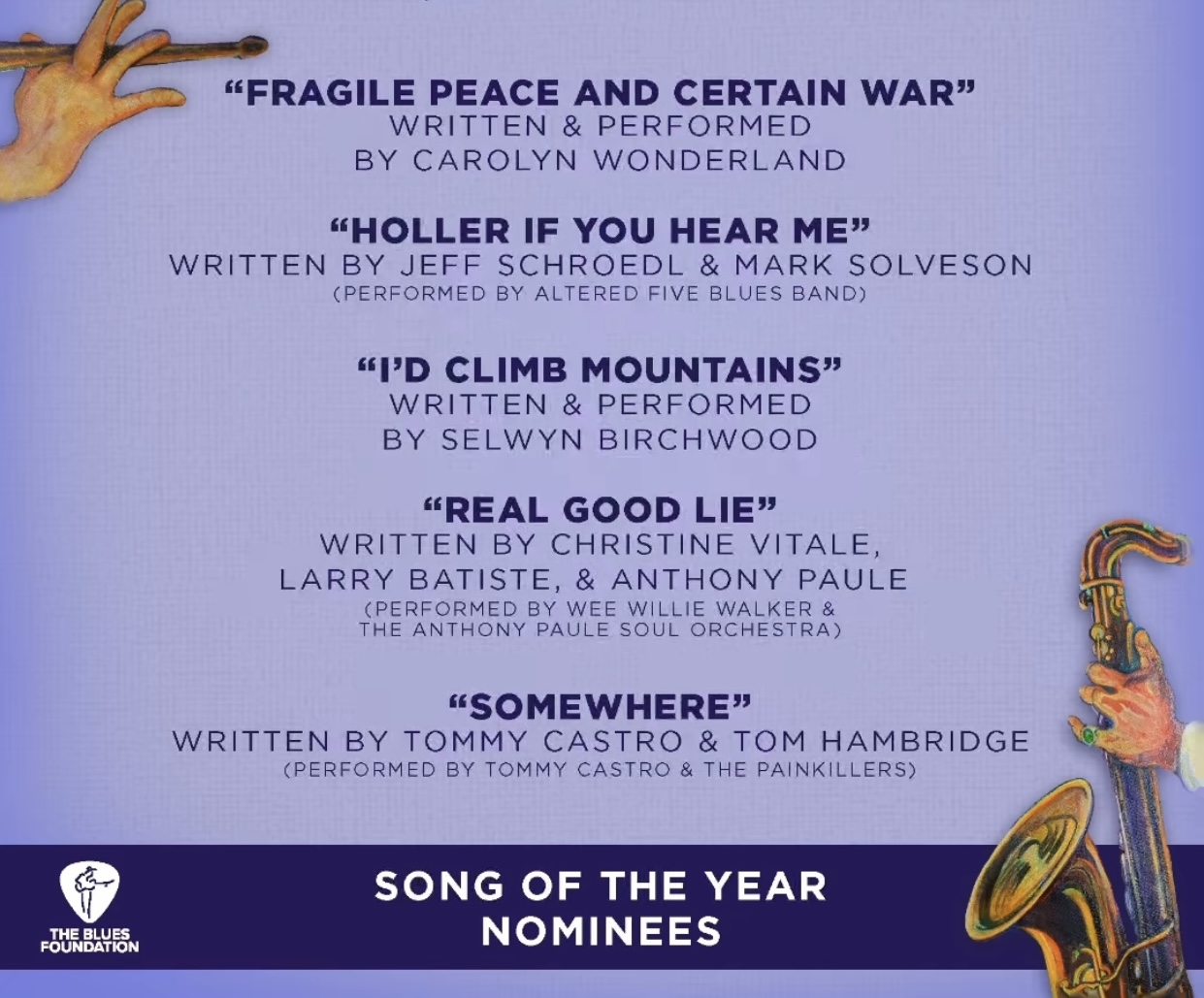 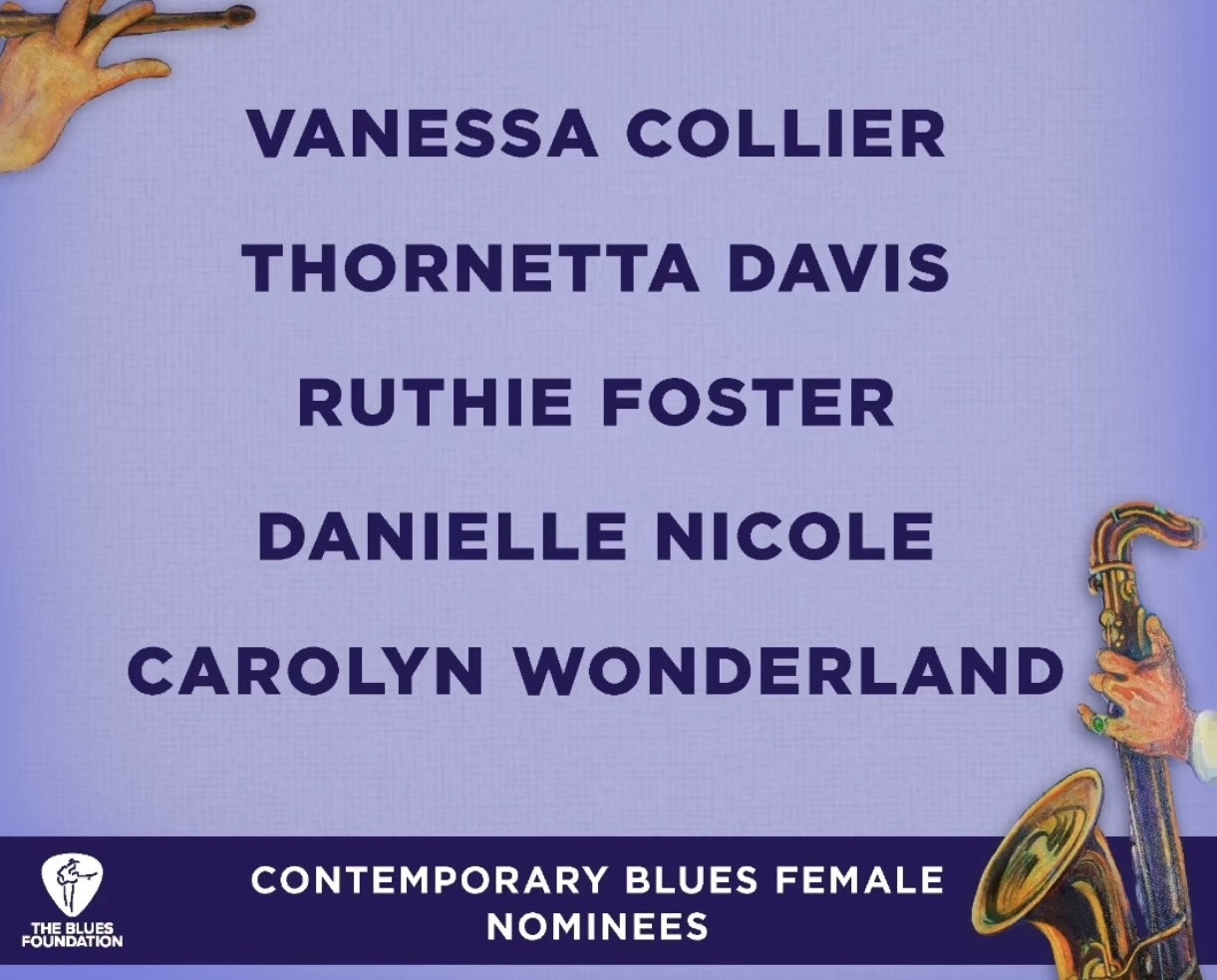 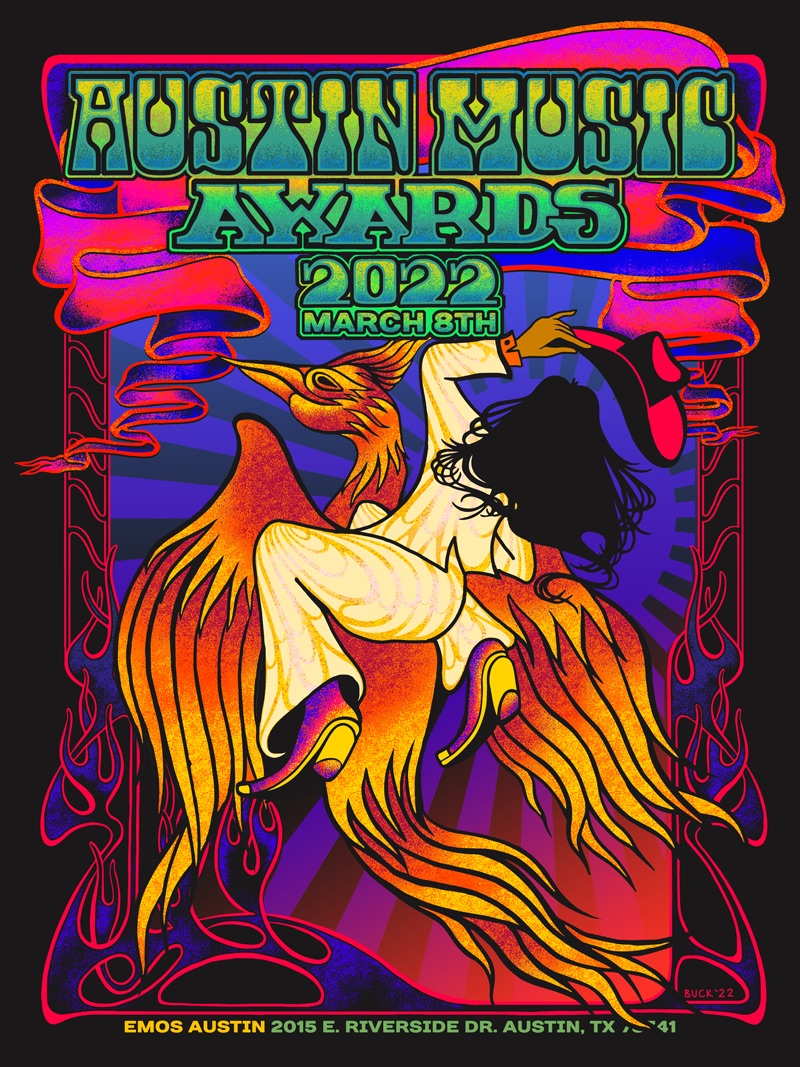 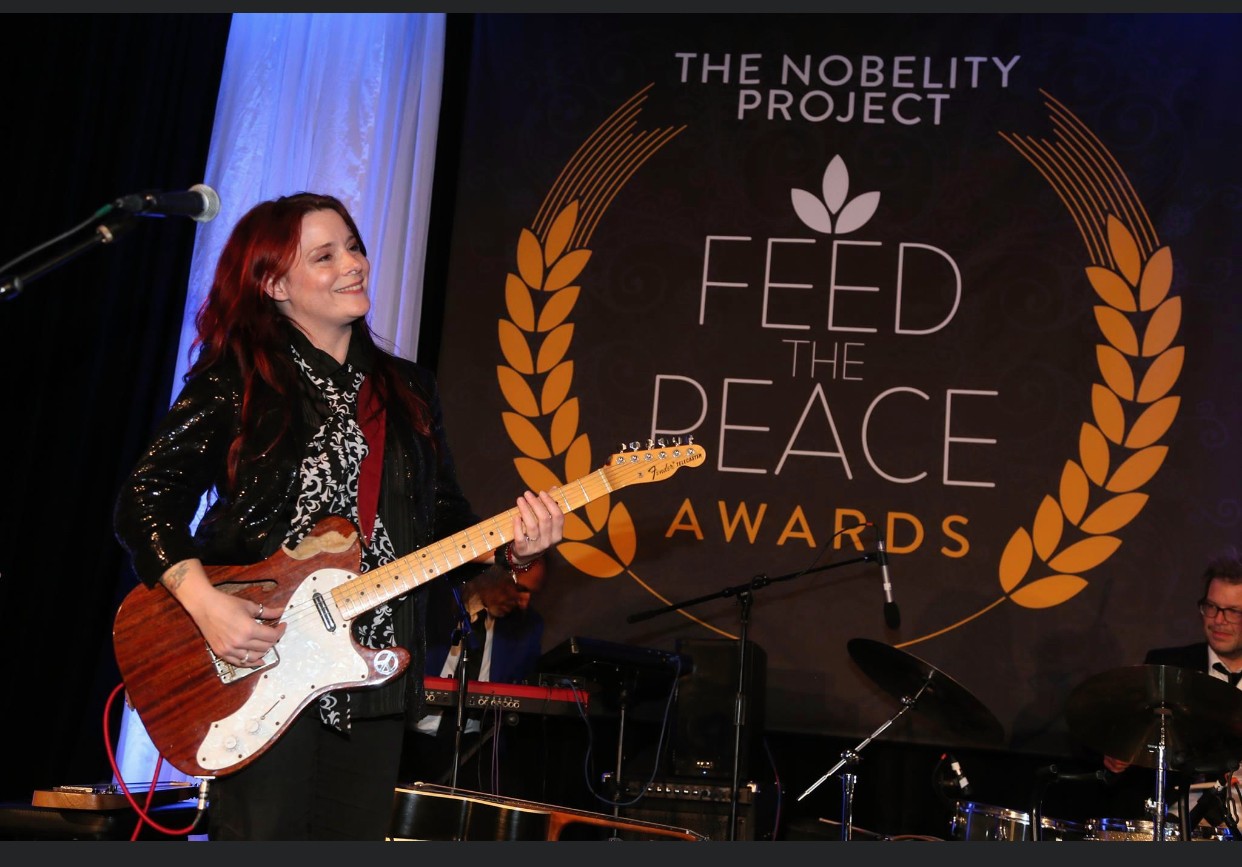 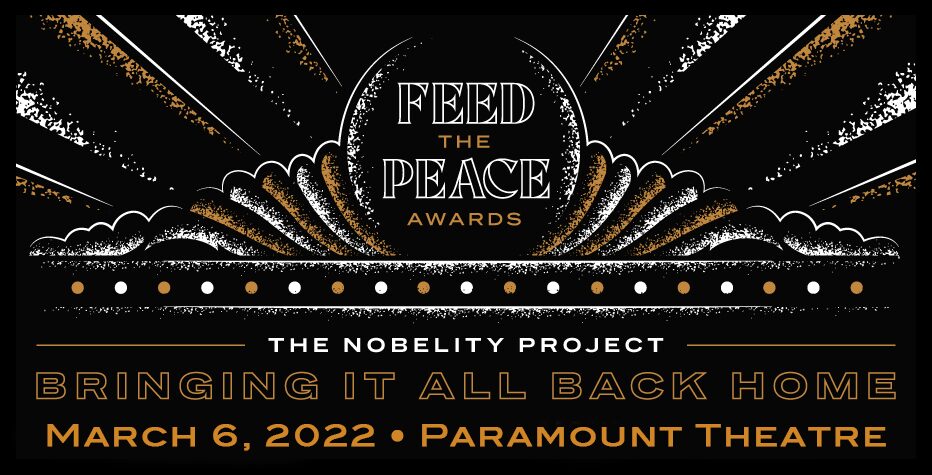 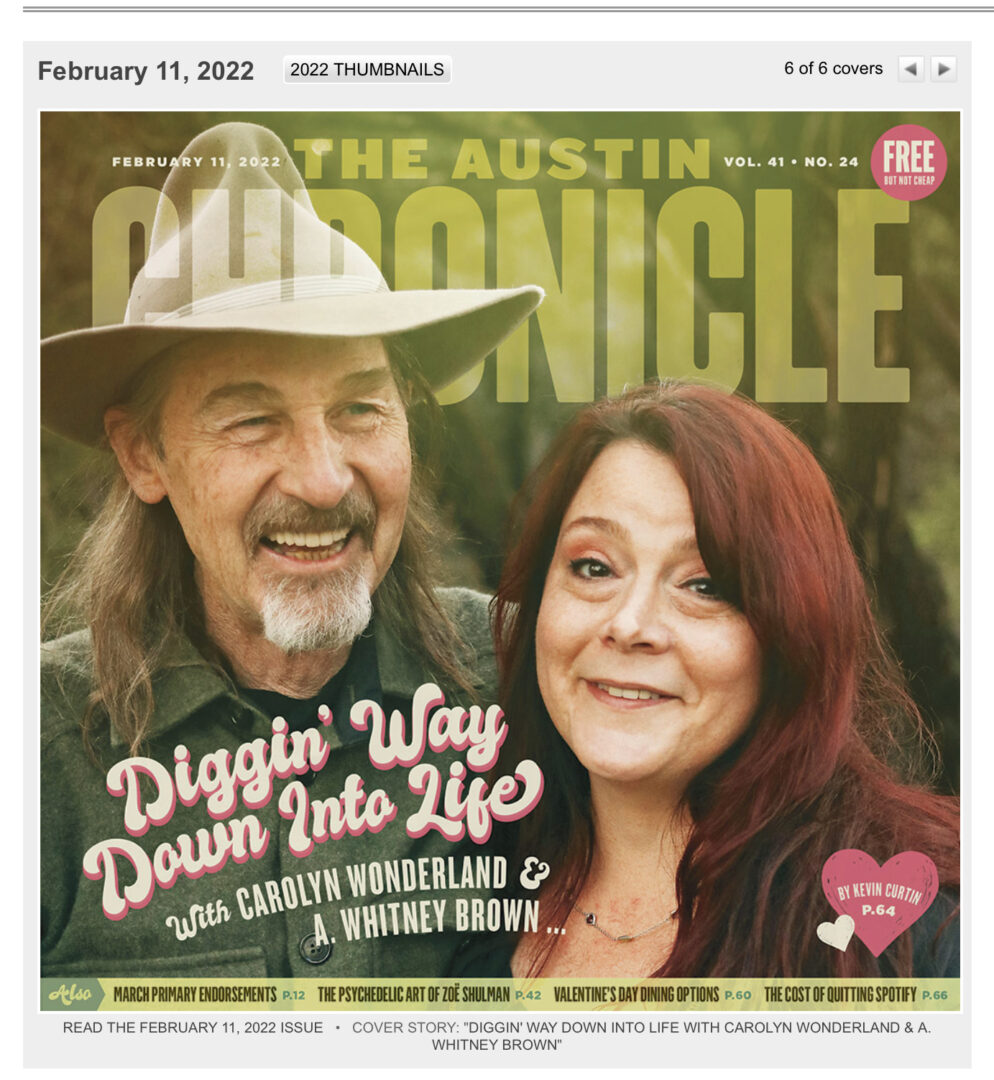 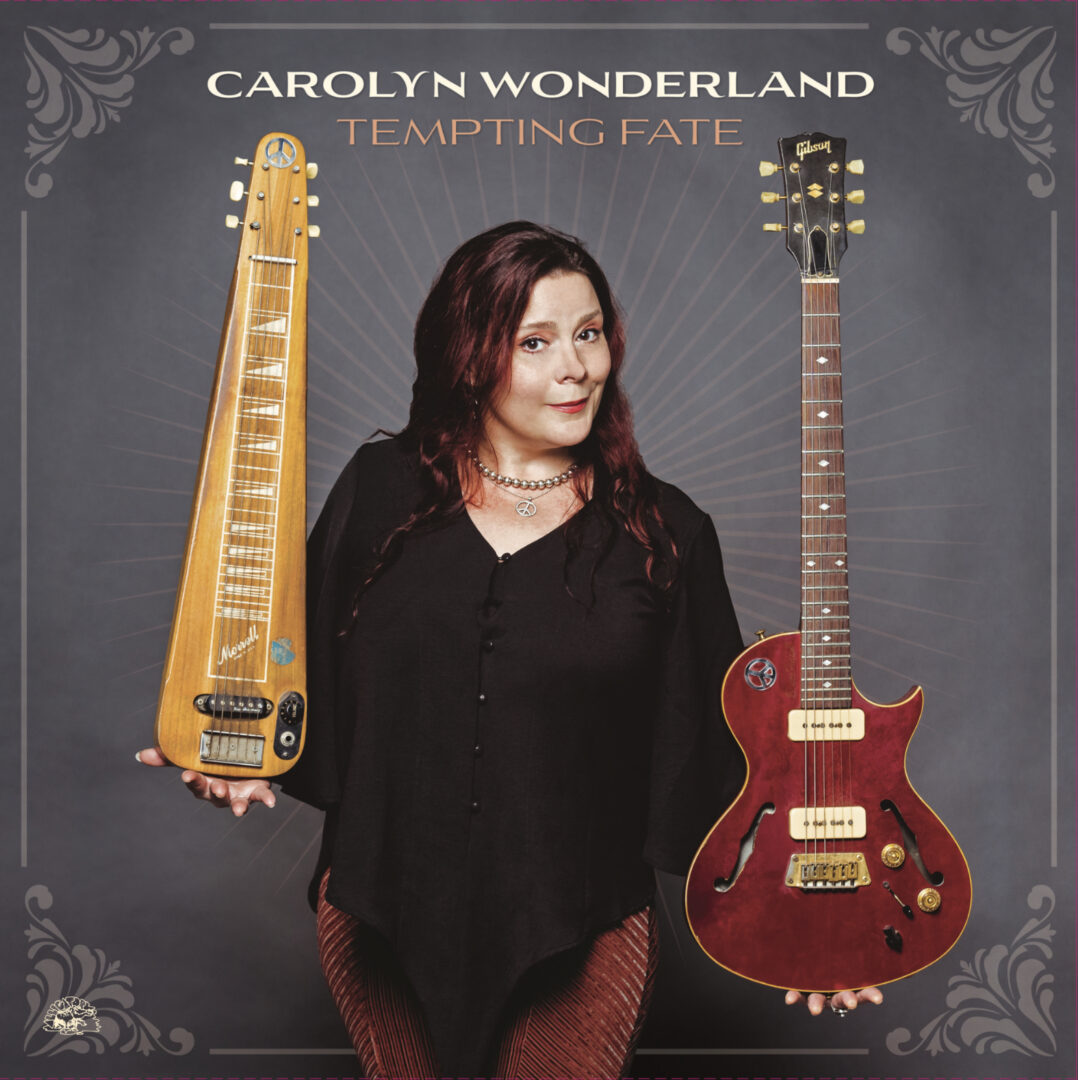 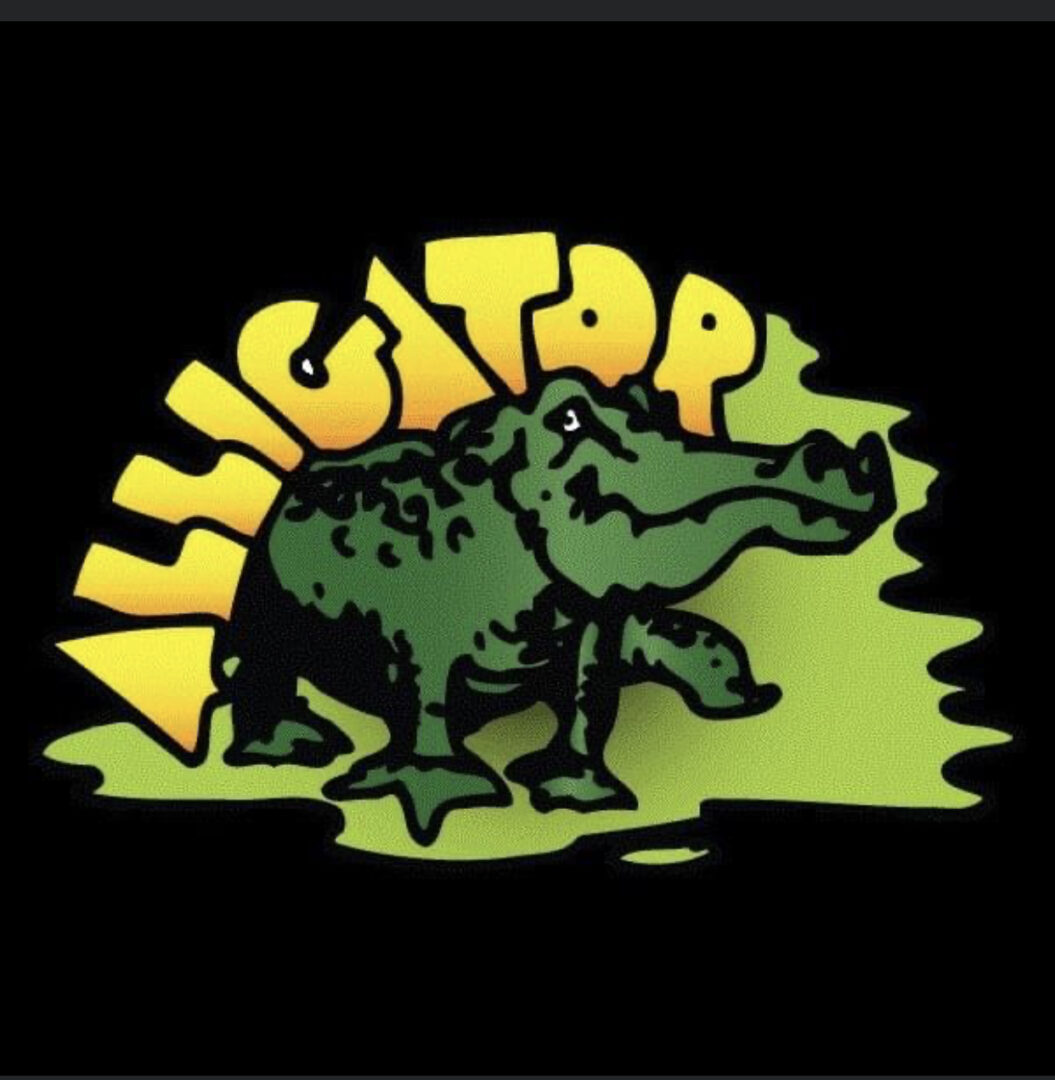 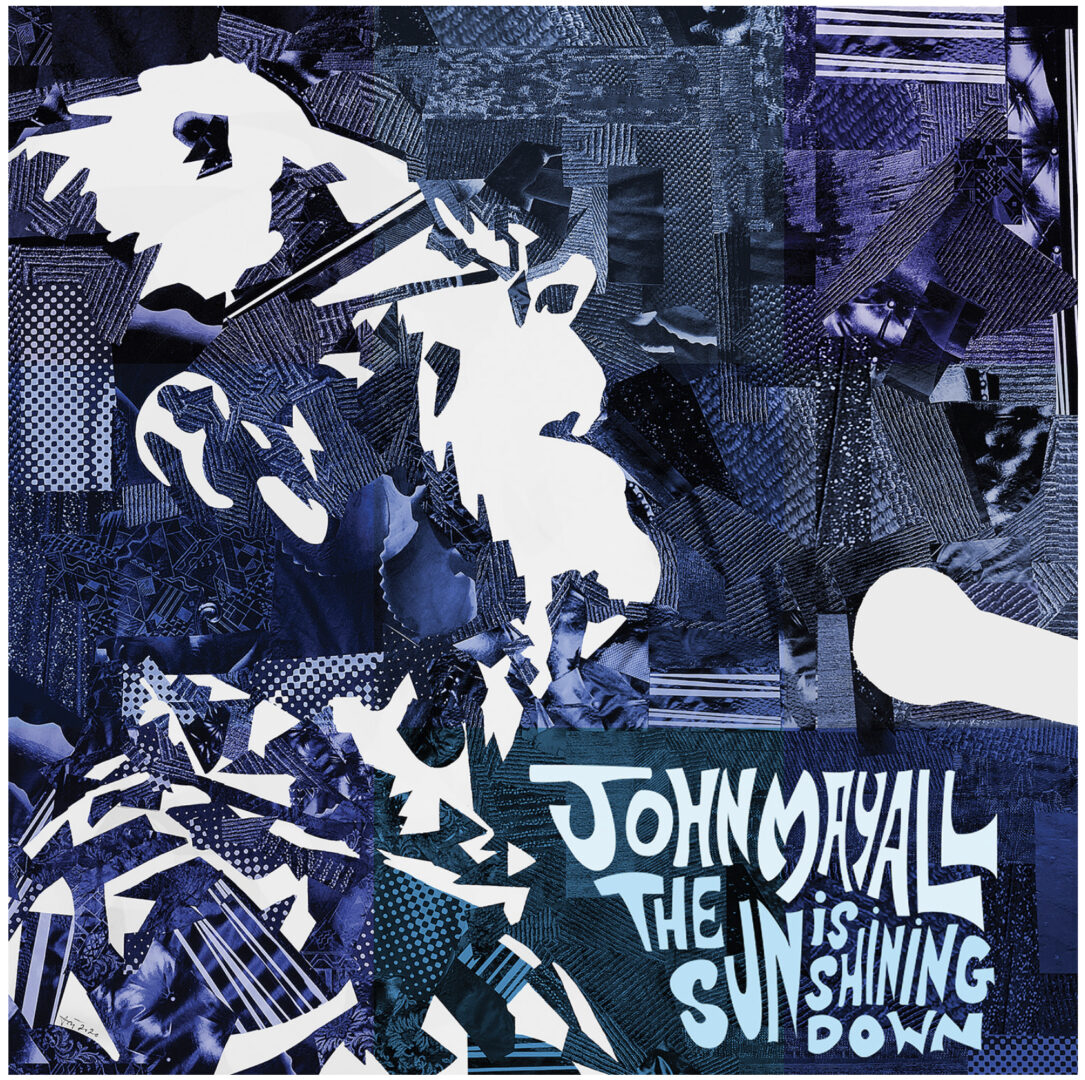 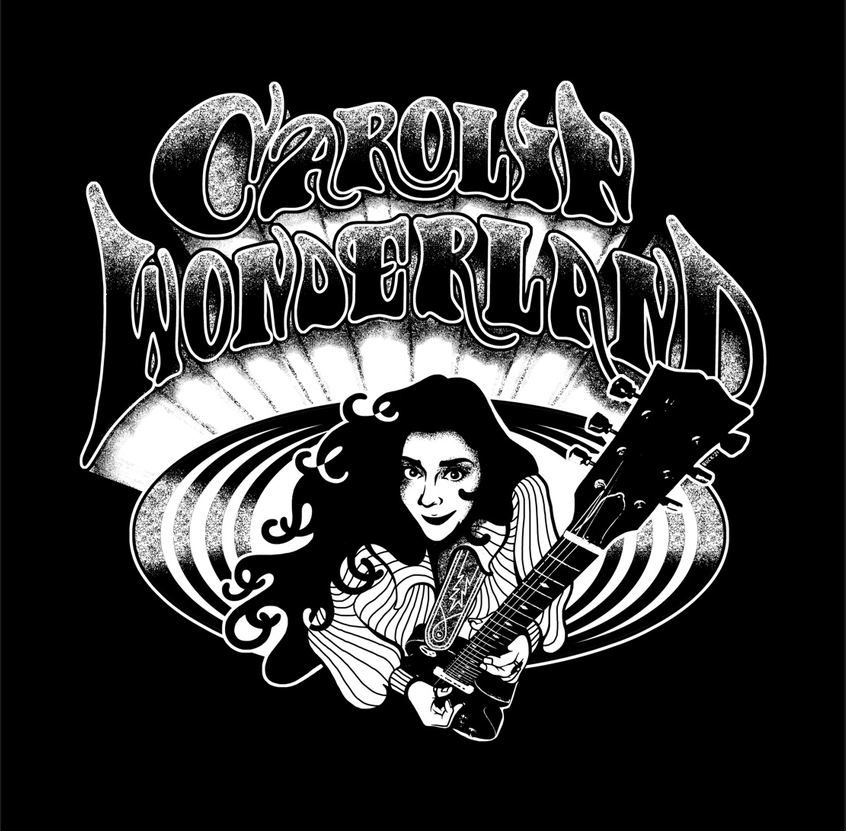